Thought I’d briefly share this little process I used to populate a region with terrain which I then refined, threw into a grid, and have been worldbuilding on and off for a few months now.

First I wrote down a set of abstract elements to describe the geography,social elements,danger level,etc.

I assigned a die size to each aspect depending on how variable I wanted it to be and dropped them all over a sheet of paper.
I roughly traced around the high points, the water areas, the safe areas, the populated areas, etc. 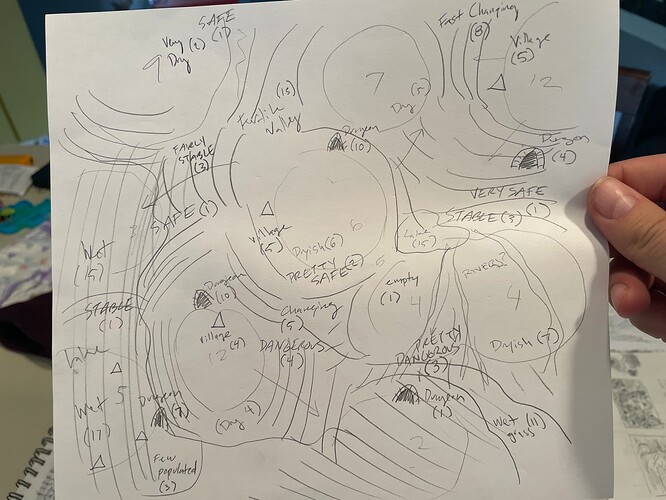 I dropped a few dice to determine where the major towns were and tried to draw an idea of the natural “zones” that were forming. 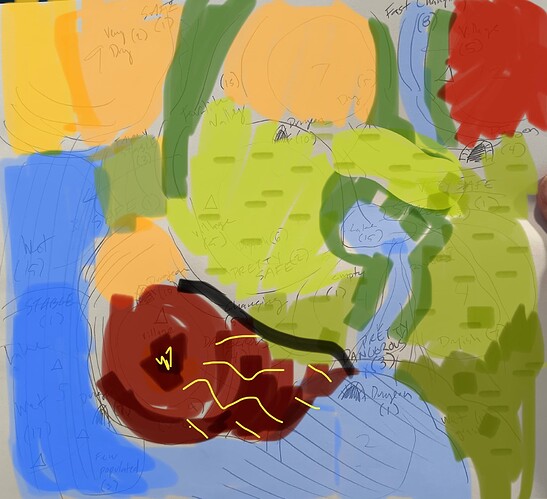 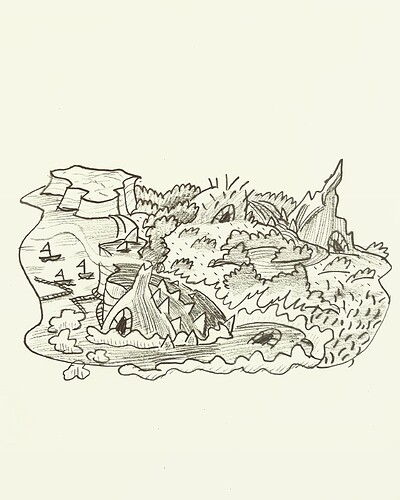 Traced out the boundaries and then applied a grid overtop of it. 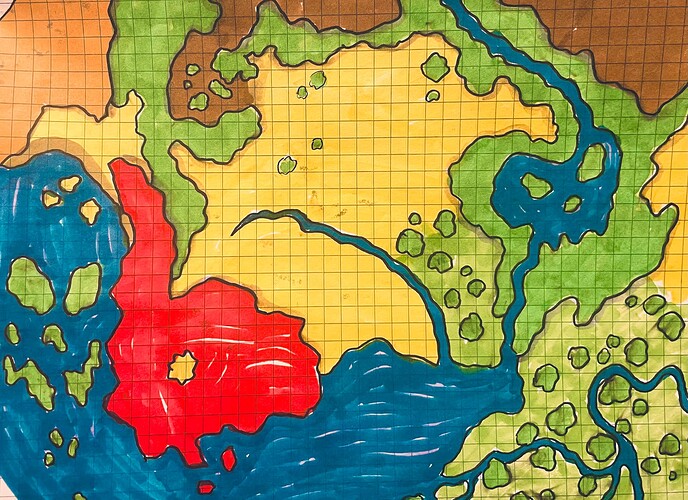 Is the last version of the map more or less final or are you going to evolve it through more transformations into a more conventional (or unconventional) form?

I’d also love to get more details on your dice drop procedure!

I probably should get it into some hexmap (converting square grid to hex grid boggles my mind at the moment though lol).
Instead I’ve been making “minimaps” of the regions along with encounter tables or point of interest tables and fleshing out the villages.
Kind of a general worldbuilding sampler platter.

For the dice drops:

I dropped a few d12s first to determine elevation.
The 12’s were mountains, the 1’s valleys.
I loosely traced around those areas.

Next were d20s to determine wet/dry.
20’s were bodies of water, 1’s were arid desert types.
Now I had regions such as “wet mountain” or “dry valley” etc.

Next I dropped d8s to determine whether the area was stable or in flux (generally).
This got me things like “rapidly changing wet valley” which I interpreted as a river.

I continued on with dice to represent safe/dangerous, populated/wild.
Ultimately giving me a bunch of regions that had multiple attributes which I then spruced up into something cool.

“A stable, safe lowland, with average wetness,sparsely populated”
In my mind this is more of a notable “region” that might encompass several hexes but in the fiction would be something like a well traveled forest on the edge of the plains or something.

Re converting the grid, unless hyper-consistency of the measurements is important, I would just overlay a similarly sized hex grid, remove the square grid, and call it a map.