Piety and Devotion in Your Worlds 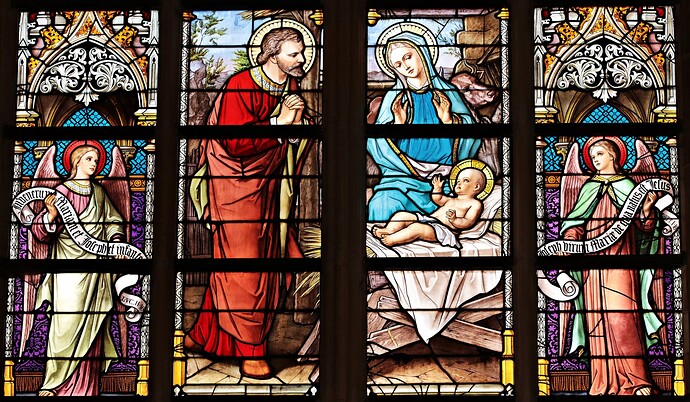 Piggybacking off of @bryansmiff’s excellent post on the pantheon they’re developing, I was reminded of a topic that I often come back with but have yet to deal with (or see dealt with) to my satisfaction in games that I’ve run or played in: piety and devotion in games. Specifically, I mean the mechanical and practical processes of interacting with the divine forces on a routine level. Are creatures in your worlds encouraged to worship the gods regularly? What are the practical consequences if they do or don’t? What mechanics do you use to measure their piety, or lack thereof?

I love the idea of shrines out in the world that can be discovered by the party and represent almost a transactional boon.
You find a blood shrine, offer some blood and get something in return.
Even having non intelligent monsters who realizes making such a place their den gives them some advantage because they are eating bloody carcasses or something. I like the idea that the blood god doesn’t have scruples about where the blood comes from really, not humanizing the god too much or making them like an “understandable” character.
For tracking piety I’ve thought of using inspiration dice specifically for a cleric like this. You do an act that honors your god, you might gain a d4 piety dice, you build up a pool of them over the life of your PC. If you spend them you have to spend ALL of them. So choose to boost the damage to a crazy number in a time of need, or max out a Divine Intervention roll, or do some miraculous healing.
Once spent, you never gain these again, but you have (ideally) cashed in on all the times you held true to your god and performed some epic action.

I like shrines a lot. I also like thinking about how the gods interact with non-clerics, which is sort of where my initial topic came from, in my brain. What do the gods demand of normal folks? What are those relationships like?

We tend to think mostly of the gods favoring or disfavoring character behaviors but, even though lots of epic stories in which gods play an active part, highlight the importance of tradition and ritual, it doesn’t come up much, if at all, in games. I want to do more with that but I haven’t figured out quite how yet.

The Divine Favor/Disfavor concept seems like an easier thing to manage from a gameplay perspective, either the PC has some bonus or not - easy to track.
An important Religious Ritual could be a daily thing that must be performed, or a once in a lifetime Quest like visiting a Holy Site. The Ritual would probably be very unique to that deity as well so you’d almost need to make a specific Quest/Goal for a Cleric of their God.
Maybe a Cleric has a regular/daily ritual and a grander one?
ie
You’re playing a Cleric of a War God
Regular Ritual: You must shout your God’s name when you take your first turn in combat.
If you fail to do so, you receive a -d4 to attack rolls until that combat ends.
Divine Quest: Participate in a battle involving over 100 combatants
If you complete this Quest you receive additional magic or abilities or something

Those are really good. I’m wondering what a Fighter of the War God might need/want to do to get/keep favor. Daily is probably too much but maybe every week? Some other milestone? And what would it look like mechanically?

A (half-baked) thought! Would it make sense to rebrand Wisdom as Favor and use it as an expendable resource measuring a creature’s general connection with their god(s)? I usually think of Wisdom as common sense/luck/intuition so, to me, tying it to a divine connection can make sense. Why is your spider-sense tingling? Because your god is trying to warn you about it. For creatures who literally have no gods, it can refer to some cosmic/chaos/law standing instead.

Faith and Religion are very important in the world my group plays in.

I make Piety and Religion central to the game by making them central to the culture. Not by making them mechanically important. NPCs listen to priests and clerics, corrupt barons are less likely to falsely imprison a cleric, only the most wicked of bandits would actually attack a cleric on the road, etc.
I have a lot of thoughts on how religion is used (and wasted) in D&D, but that’s not the topic so I’ll move on to mechanics.

I don’t use alignment in my game, but I have a concept of being devout. To be devout you have to follow a set of rules, some of the reals are just for flavor, some are closely tied to game mechanics, and some artificially limit player choice. If you follow these rules, you are devout. Some cleric spells (miracles) have a greater effect on you and some magic items have extra powers if you are devout. But again, the primary effect of being devout is that it changes how people think of you.

The other mechanic I use to reinforce the importance of faith in my game is Piety. Piety is a type of fictional currency that nobles and other important people accrue. If is an abstraction of your reputation in the church of a religion and to a lesser extent how much that religion’s supernatural beings favor you. A knight, powerful merchant, or minor baron might generate 5 to 15 piety a month. A King might generate 1000 piety a month and it can be saved from month to month.

People that have piety can spend it to ask for perks, favors, and miracles from their religion. Simple things like Cure Disease, but also information, the excommunication of an enemy, declaring a Holy War, etc. The pay dirt of the piety mechanic isn’t to give players a +1 to whatever, it’s to allow PCs (once they become influential) to wield social influence and guide larger scale events.

How do you measure devotion and piety? It sounds like devotion is a toggle type: you either are or aren’t. Do you make a judgement call when a creature loses or gains devotion or is there some kind of process?

Being devout is a yes/no situation. If you break one of the rules you are no longer devout. You can regain being devout with an atonement spell, or by going through some faith specific sacrament.

Piety is tracked over the life of a person. We track both the rate you generate piety, abbreviated P. And your stockpile of piety abbreviated p. (confused yet?)

Certain actions might give you a set amount of p (not P confused yet?). For example if you are a Duke and have to settle a legal dispute, you might get 15p for ruling fairly as opposed to siding with a political ally.

Adventurer do not, as a rule, get piety for doing adventuring type stuff.

The piety system is part of my domain play rules, but even in domain play I won’t recommend it unless faith is a central component of your game.

Inspired by the GLOG and works like Lions and Dragons, I tend to remove powers from clerics but give them more versatility.
For clerics you have to consider a few things.
What is the purpose of the cleric? Does it serve the god to have him around performing miracles? How devouted is the cleric? What is his personal faith?
Give the cleric his wisdom bonus as faith points +1 per levels after the first.
Then Expand the faith points like so :
For the example, just imagine that we have a cleric of the god of light.
Ask the god to perform a domain related action : Cast light in the dark (2 faith points)
Very little chances of failure, have the cleric make a wisdom check.
Ask the God for a “kind of related” to his domain : vision of what is behind a door (4 faith points)
Cleric does a wisdom check at -2
Ask the god to perform a miracle “distantly related” to his domain : Strike fear in the heart of underdark creatures (6 faith points)
Cleric does a wisdom check at -6

Cleric regain faith points when the god answer his prayer
The god answer the prayer in his own way, so the miracles might be performed, but the game master decides how.
The cleric regain faith by performing faith related actions.
Morning and evening prayer : 1 point
Spreading the faith by teaching : 2 points
Spreading the faith by showing the good example : 1 point
Performing a ceremony : 4 points

A note on undead
In my games, undead are different than those in the books.
Most undead are just tools of fear. Animated corpses do not have a soul, they are just puppets, with infinite HP that need to be dismembered or dispelled. (the mage controlling them cannot give them intelligence, so he needs to concentrate on the puppets, mind you, he could use a scarecrow or an empty armor just the same) They cannot be turned by a cleric.

Real undead being different could be turned by faith, but the proper answer for a cleric should be to perform a proper burial.
If there is a thread on undead I will give more details on the types of undead I use.

Some fascinating stuff, thanks for sharing! I like the idea of faith points-- do you have set guidelines for the costs or do you come up with them on the spot ad hoc?

As writen, the further away from the domain of the god, the costlier and the less effective it is.
It asks for a lot of judgement on the part of the GM though.
to make it simple, every miracles might cost 2, but the god’s answer should still be related to domain.

Yeah, I wonder, for broader consumption, something as a guide could be: in domain = 2; adjacent domain = 4; unrelated domain = 8; opposing domain = 16? Or maybe just opposing domains are impossible (maybe that cost makes them functionally impossible anyway…)

It makes sense, it also means that a cleric will have to wait for level 13 at least (with 18 wis) to get a single miracle of opposing domain using such fares.
Hope the spell works or he’ll be in for a long wait before being able to ask for such a favor again.

Yeah, I like having that option out there for a PC or creature that is only worth attempting in the greatest need…

I really like the idea of varying up clerics more and having a more freeform power system might help. I also don’t mind making undead turning more domain dependent.

Where did I see that, turning related to domain.
A cleric of Dionisos could turn sober people.
Right, frome the lizard man’s diary. A very interesting blog with tons of generators.

Turning water into wine, if you will?

The Lizardman Diaries blog has come up several times on the OSR Reddit Round-Up streams. I find the stuff is usually interesting and practical.

Man one thing I love about ttRPGs is how different setting and styles results in different rules. I can totally see why freeform clerical powers could make sense, but I worked hard to make the supernatural powers of clerics structured and ridged, with no freeform abilities at all.

For sure! Two people can start off from the same place but end up on opposite sides of the spectrum!