Hexcrawling 101, Class 03: The Art of Getting Lost 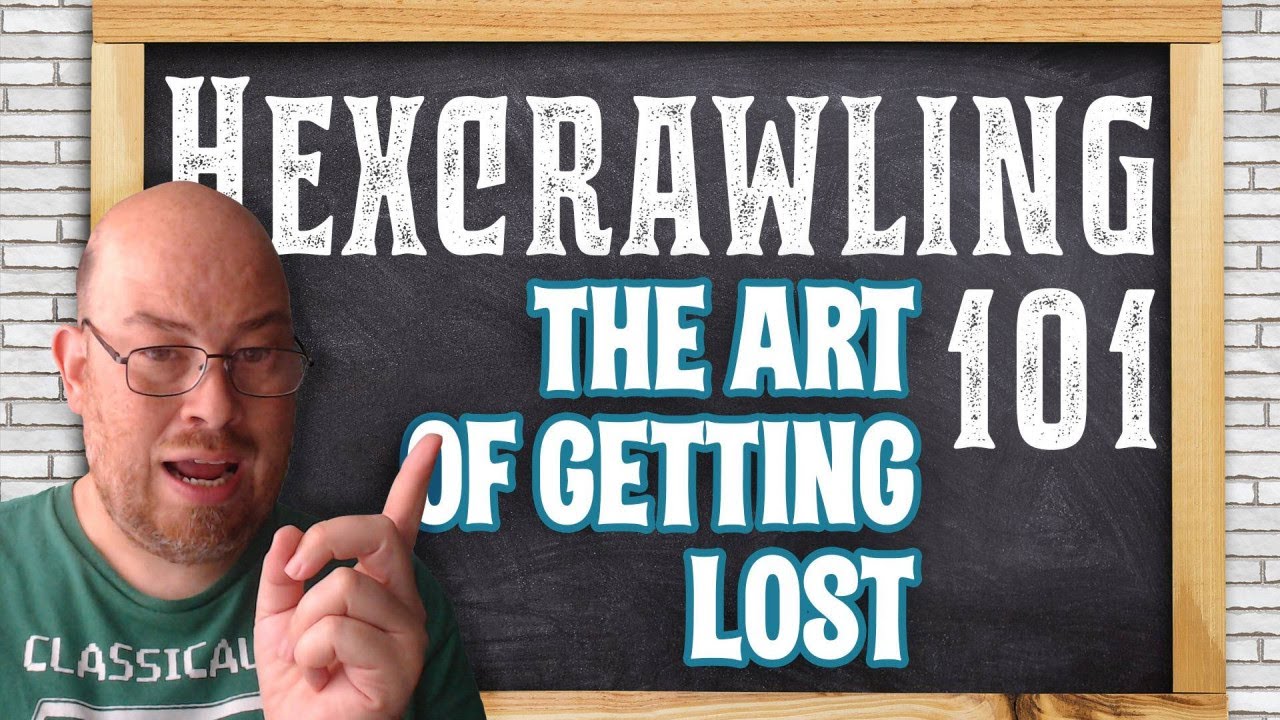 In this video, we’ll try to tackle the thorny issues of what to do when your party gets lost in the wilderness:

Chet Farley asked about more procedural detail in a comment on YT. I answered it there but I figured that it might be worthwhile to post here as well, where we can discuss it further, and there’s more robust tools for discussions.

Chet: I think we’d benefit from a step-by-step procedural outline of how to determine, hex by hex, how a group might become lost.

Me: Hmm. Which part of the process is falling down for you?

Chet: I probably need to just rewatch. I’m wondering about the decision points from the players that would lead to one hex vs another. Do you just describe a feature of, say, the three hexes in the direction they are traveling, and then ask which they go towards? If they’re all similar terrain, how do you determine which one they picked?

Here’s where I inserted a quick game procedure example, using the rules from the b/x Expert book:

GM: “You have followed the road as it has wound steadily northwards but here it turns roughly eastwards and holds to that course as far as you can see. Looking past the road, to the north, is an unbroken wall of trees, their leaves deep green in the noontide sun and their trunks draped in shadow.”

Party: “We need to keep moving north, I guess we head into the woods, keeping a northerly bearing as best we can.”

GM: “The forest is dense and filled with the scent of pine and other trees. The grounds are covered in needles and leaves that crunch beneath your boots. You can only see glimpses of the sun as the tree trunks, broad and tall, tower above you, spreading branches thick as roofing beams skyward, and weave a roof-like canopy over your heads.”:

The relevant bit of rules are from page X56: 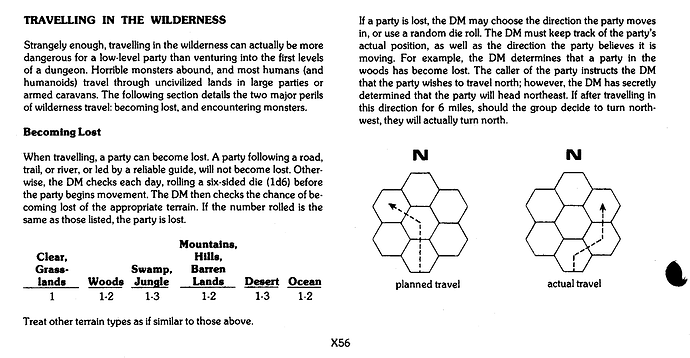 One thing I noticed is that, unfortunately, they don’t describe a process for deciding which way the party is actually moving when they got lost. We can intuit from the example that possible outcomes do not cover a full 360 degrees but a 180 degree arc encompassing the three hex faces that the party is “facing”. We don’t have a particular context for this but it makes sense if we assume that the party has or had some idea of their prior direction of travel. Potentially in a mazy environment in which they don’t have a way of verifying their direction of travel, it would open up more directions for going off-course.