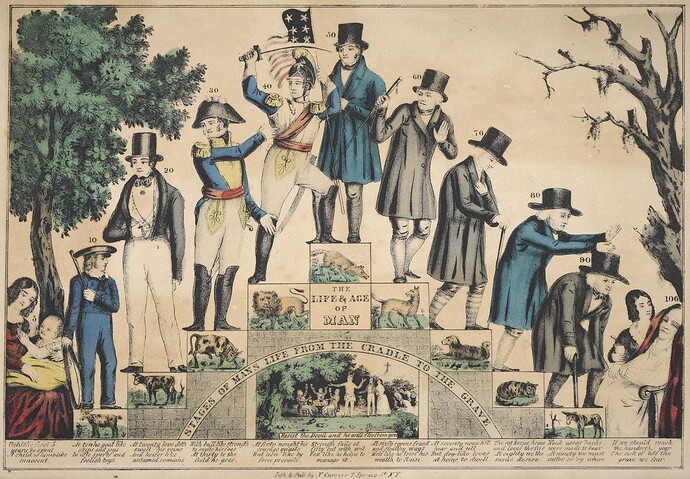 Something that I’ve been messing around with for a long time is taking the concept of life or career paths and applying it to classes. I can’t say that GLOG inspired me, per se, as the idea in my brain predates my exposure to the GLOG but it has helped crystalize some of my ideas a bit.

The current iteration of my idea runs something like this:

Let me present a couple of examples:

In generic terms, each class would have some options to lean into a couple of different elements of the developing game: domains, adventure, or any other pursuit we might want to emphasize (exploration, revolution, innovation, whatever). and get some perks that align with that pursuit.

Here’s another couple that I ponder for cleric types: