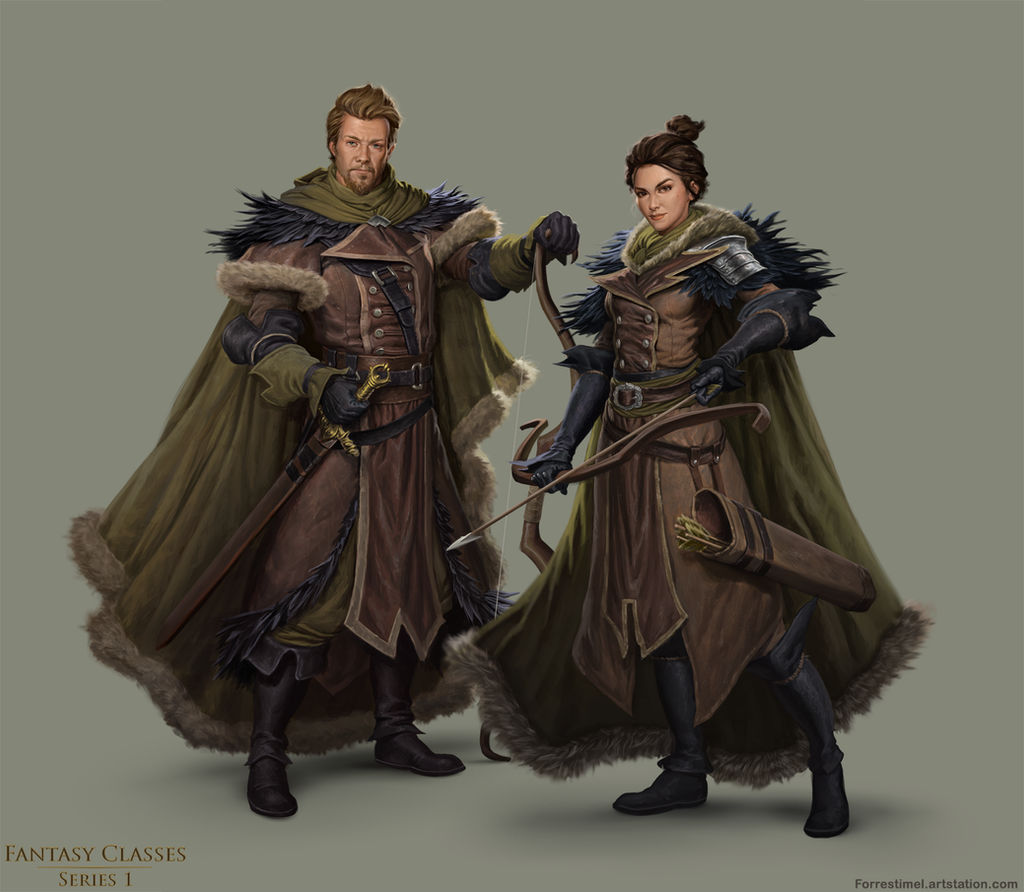 I had this idea for a probably overly simplistic though I think useful ranger class. There’s practically nothing to it but, in the right sort (read: hexcrawl style) campaign, it could be a very handy class. We just take the fighter, remove the heavy armor, and grant them this ability instead: a party in the wilderness being led by a ranger receives a +1 modifier to any becoming lost rolls and a -1 modifier to wandering monster checks.

The modifiers in the above ability assume the b/x versions of getting lost and encountering wandering monsters. In a different setup, the numbers might need adjusting. The concept is basically that, with a ranger in the lead, a party is less likely to get lost and less likely to encounter monsters in the wild.

I really like it, simplistic is the way to go. Whenever a player of mine makes a class, priesthood, etc. and brings it too me, my response is always “Great first draft, now take away 75% of the bonuses and penalties and get back to me.”
Like you alluded to, how playable this class is will be table dependent. No heavy armor as a limitation is more the less the same amount of badness at every table. The how good the benefit is really depends on the table.
Something else to think about is that the exact mechanic you use for getting lost and wandering monster will matter a lot. If you check from wandering monsters 3 times a day with a 1 in 6 chance then the ranger is amazing. If you check once a day with a 2 in 6 chance then the ranger is merely very good.

When you get down to it, the ‘goodness;’ of all class bonuses are going to vary by table and campaign. If you wanted to try and get around the mechanical issue you could have the bonus be; Once a week (or journey) the ranger can choice to automatically ignore a failed wandering monster check.
I honestly don’t like that idea as well as what Todd originally suggested but it does have the advantage of giving the player more agency. If you are into that sort of thing.